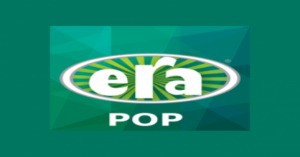 Era FM Pop is a 24×7 music station held by Astro Holdings Sdn Bhd, a subsidiary of Astro Radio. The first air date of the radio goes back to August 1, 1998. Muzik Hit Terbaik meaning “The Best Music Hit” is the catch-phrase of the station.  Era in the past was more of a classical and oldies station or at least mixing the hits from 80 and beyond with contemporary beats of the day. However, the order is not the same for today as the channel hosts some good variety of Malaysian and international Adult-Contemporary music accompanied by Korean songs. The FM band station at 103.3 MHz in Klang Valley was originally established as a Classic Rock station by the AMP Radio Networks. Astro-owned FM started operating it as its audio-only channel in January 1997.

More Malaysian FM and AM Radios

In the very next year demand for the programming in Bahasa Malaysia grew which made Astro switch its format from Classic Rock. Finally on August 1, 1998 Era FM was a complete Private Malay brand and first one to challenge the government’s monopoly in the radio industry. Sinar FM, THR Ragga, LiteFM, Hitz FM are among some of the sibling stations of the channel. As per Nielsen RAM Survey observations, FM has maintained its position as #1 Malay-language Radio with 4.8 Million listeners. The channel has its rebroadcast facilities and studios in Sabah, Sarawak, Kuching, Kota and Kinabalu with local studios and teams. You can listen to the station online with Lagu yang telah dimainkana and lot of cool stuff waiting. Here is the website: EraFm Ke Udara