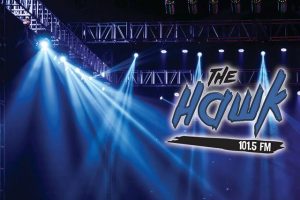 The Hawk 101.5 FM is a campus radio station of Mohawk College and owned by Mohawk College Radio Corporation. The beginnings were with launch of carrier current station CHMR in 1975, made for campus and broadcasting only to the student lounge located near the studios but was later in 1980s available via Mountain Cable and another local cable service. Years later on June 6, 1997 The Mohawk College Radio Corp. was granted a license for a full time not-for-profit campus/instructional FM broadcasting on a frequency of 101.5 MHz using an ERP of 160 w.

Listen The Hawk 101.5 (CIOI-FM) online from Hamilton, Ontario. Wait as the stream loads.

CIOI 101.5 branded as C101 hit the waves on March 23, 1998 from its studio facilities at the Fennell Avenue Campus as a second community-campus radio, CFMU-FM of the McMaster being the first one. With a temporary transmitter the radio operated with an ERP of 40 w but was later replaced with a full power 160 w permanent transmitter installed on the Cogeco Cable Tower. There was name change: INDI 101 in Oct 2009 with the overwhelming dominance of independent music coming in studios. CRTC validated the license of the station on Dec 21, 2012 until Aug 31, 2018.

Once again on Jan 8, 2014 the station was rechristened as The Hawk 101.5 to broadcast Hamilton’s Alternative. Sticking to its license of being an instructional and educational station, The Hawk 101.5 FM is a platform that operates within the framework set by the outlines and curriculum given in Broadcasting program and Journalism courses. CIOI is the home on non-mainstream therefore, promotes local bands and Canadian music rare in its nature. A local musical festival called C+C music partnered between CIOI and fellow campus FM CFMU aims at supporting the local Hamilton artists. Get social with The Hawk 101.5 FM on Facebook and Twitter. Here is the website: www.1015thehawk.ca