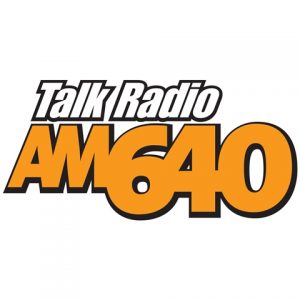 Talk Radio AM640 launched in 1957 is a Richmond Hill Sports and Talk radio owned by Corus Entertainment. CFNY, CILQ and CING-FM are the siblings of the radio. Richmond Hill was approved by the CBC Board of Governors on June 21, 1957 o set up an English language commercial radio in the city. CJRH singed on air the day it was granted license i.e. on July 1, the Canada Day. The channel would broadcast on a frequency of 1300 AM using an EPR of 500 w. The application to change the frequency and wattage in 1958 was turned down by CBC Board of Governors but was approved later in the year; changes were in effect on March 19, 1959. On Oct 2, 1961 news calls: CFGM were assigned to the radio. ERP was increased to 10,000 and 2,500 watts for day and nighttime respectively on Oct 12, 1961. The channel turned into a full-time country station in July 1963. As of 1965 it had an independent status with no any affiliation.

More About Talk Radio AM640

On 26, Aug 1969 the power was incremented to 50,000 post the approval made in 1967. Slaight Broadcasting Ltd. became the owner on Jan 13, 1971. CFGM switched its frequency to 1320 kHz. In 1982 the station celebrated its 25th year on-air. Westcom Radio Group Ltd. acquired CFGM and CILQ from Slaight Communications Inc. in 1985. CRTC approved the 640 kHz as new frequency for CFGM on Oct 2, 1986, a competing application by CKMW was deferred. On Sep 16, 1988 it moved to 640 kHz officially after a brief test period – the channel was now entitled to a potential audience share of 3.5 million. Country music format was dropped by the channel and in result a Contemporary Hit station CHOG-AM took birth. In June 1992 the CHOG (Talk Radio AM640) later made another switch, the new format this time was a hybrid – a mix of modern Pop, rock and dance. On Oct 11, 1995 CHOG was rebranded as Talk 640. Shaw Communications (later Corus Entertainment) and CanWest Global Communications were approved by CRTC to purchase the assets of WIC Radio Ltd. The calls were changed to CFYI-AM on Nov 15, 1999 and was rebranded as Mojo Radio on April 23, 2001. The call letters were changed as CFMJ in Nov 2002. You can listen the news, sports commentaries and weather forecasts on talk radio for guys online with shows, on demand, HD Radio, AM640 App and connect through contests and events. Follow the Talk Radio AM640 on Facebook, Twitter and SoundCloud. Here is the website: www. 640toronto.com