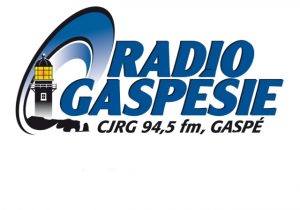 Radio-Gaspésie 94.5 launched in 1978 is a Francophone community radio owned by Radio Gaspésie Inc. and broadcasts in Gaspé. Radio Gaspésie Inc was founded on Jan 20, 1976 and was permitted by CRTC to set up the station and sibling, CJRE-FM on March 16, 1977. Gaspésie 94.5 hit the waves in 1978 on a frequency of 103.1 MHz using an ERP of 79 w. which was later increased to 4,150 w in 1983 on a new dial 93.3 MHz. A station at L’Anse-à-Valleau was allowed to rebroadcast the content produced by CJRG. In March 1987 the French community radio was allowed to change the frequency to 94.5 MHz and increase the ERP to 4,300 w because of the interference problems caused by the old dial. A satellite at Murdochville was approved by commission on Sep 6, 1991. Wattage decrease and relocating of transmitter were turned down by CRTC in July 1992.

Find Out More Quebec and Ontarian FM, AM and Online Stations

The change was finally approved on Jan 6, 2006 when ERP was decreased to 3,800 w. Another booster transmitter at Fontenelle was allowed to later hit the waves in April 2007; it would air on a frequency of 97.3 MHz using an ERP of 43 w. Three more broadcast relay transmitters were approved by CRTC on March 3, 2011 and were later added by Radio Gaspésie inc. Radio Gaspésie is as they claim, the number one medium of the Gaspé Peninsula. It is a social economy company and its mission is to provide a high-quality, modern and accessible media that reflects its environment and contributes to the well-being of the community and the business successes of its clients. Audiences can listen CJRG-FM online with Gaspe news, Fermetures des écoles, nouvelles, spoken word programs, music and contests/concours, (Party à deux, Comment réclamer vos prix?) Radio-Marché, Petites annonces, Offres d’emplois. Follow the Gaspésie 94.5 on Facebook, SoundCloud and Twitter. Here is the website: www.radiogaspesie.com