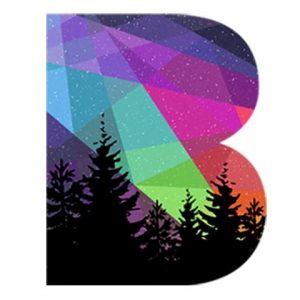 Radio Boréale 105.3 legally known as CHOW-FM is French community radio owned by Radio Boréale and operates in Amos, Quebec. Réal Bordeleau is Directeur general and Alain Jean is Président at present. CRTC permitted Boréale to set up a French language Type B transmitter on a frequency of 105.3 MHz with an ERP of 5,376 w. 126 hours of proposed programming would include music including pop, rock and dance, news and current affairs programming and spoken word content. At least 50% of the news programming would cover local news while remaining 50% would be shared by regional and international news with each having 25% share. It would also allow volunteers to sit before mics but after getting through necessary training. ERP was increased to 17,787 w in 2010.

Find out more Canadian and Quebec FM, AM and Online Stations

The primary mission of the community radio station Radio Boréale is to reflect the lives of the people of the area by giving them the space through a local radio broadcasting production and broadcasting service. Radio Boréale aims to become a central hub for the broadcasts covering the entire territory of the MRC Abitibi. The organization believes that it is essential to strengthen the ties between people from the four corners of the MRC, to inform them adequately about the issues that concern them and thus to promote the social and economic development of the region while developing a strong bonding in community. Radio Boréale intends to become the benchmark for local culture and information with relevant, innovative programs suiting the cultural diversity of the MRC Abitibi. The public will be able to recognize the unique and indispensable character of Radio Boréale comparing to everything offered by commercial broadcasters. À l’antenne stuff, émissions, grille horaire/schedules, baladodiffusions, équipe info, Actualités /dernières nouvelles, derniers articles and more is available online. Follow Boréale 105.3 (CHOW-FM) on Facebook and Twitter. Here is the website: www.radioboreale.com