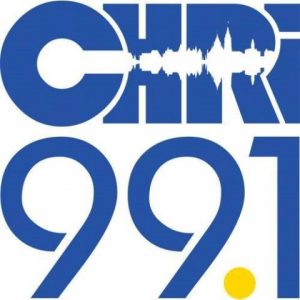 Family Radio CHRI 99.1 FM legally known as CHRI-FM is an Ottawa based Christian Contemporary station owned by Christian Hit Radio Inc. launched on March 30, 1997. After the formation of the not-for-profit organization in Jan 1995, CRTC awarded the license of the specialty FM on July 8, 1996; it would broadcast on a frequency of 99.1 MHz using an ERP of 24,900 w. 80% of the hosted content would be religious music/Gospel. At least 10% of the spoken word would be produced in French. Family Radio after some test transmissions in March 1997 singed on air on March 30, 1997 from its studios and offices at 1010 Thomas Spratt Place.

Initially the broadcast were live during daytimes and VHS tapes were used for nights. A satellite at Cornwall was added in May 2005 followed by another one at Pembroke in Jan 2006. CRTC administratively validated the license of the stations and its rebroadcasters CHRI-FM-1 and CHRI-FM-2 on Aug 17, 2012 until Aug 31, 2013. Brock Tozer is the longest serving announcer present since the first air date in 1997. You can listen the Christian radio online with playlists, events contact and donation guide. Follow the Christian station on Facebook and Twitter. Here is the website: www.chri.ca