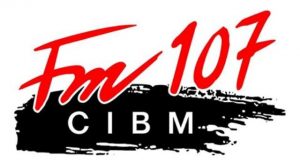 CIBM-FM-2 is a satellite of Class A1 station CIBM-FM 107.1, a contemporary hit radio, broadcasting in Rivière-du-Loup, Quebec. CRTC approved the booster transmitter at Trois Pistoles on May 3, 1991 after having a hearing previously on March 5, 1991; the commission allotted 104.9 MHz and 7.8 w as the frequency and ERP for the radio. License would exist till Aug 31, 1994 as the owner complies with the decision and terms agreed upon with the regulator. The opening of the transmitter seemed crucial as there were severe signal problems in the areas along St. Lawrence River and generally in Notre-Dame-du-Portage, making it difficult for the reception in center. Canadian Radio-television and Telecommunications Commission validated the license of the station on April 21, 2006 until Aug 31, 2013. Audiences can listen the rebroadcasting stuff online on the official site owned and operated by Groupe Radio Simard. Follow the channel on Facebook and Twitter. Here is the website: www.cibm107.com/cibm