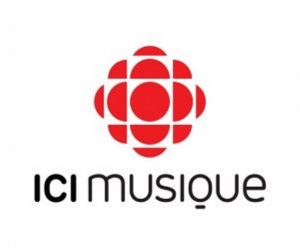 CBRX-FM-2 is an ICI Musique satellite of CBRX-FM 101.5 (opened as CJBR in 1947) Rimouski operating in Sept-lles. Canadian Radio-television and Telecommunications Commission on April 30, 2002 approved CBC to set up a transmitter at Sept-Îles on a frequency of 96.1 MHz using an ERP of 84,800 w. The transmitter signed on air on April 28, 2004. CRTC renewed the license of the main Rimouski station and three of its transmitters at Matane, Rivière-du-Loup and Sept-Îles on May 28, 2013 until Aug 31, 2018. Franco-Quebec audiences can listen Jazz, Classical, Pop, Chanson, Trad and others online while connecting with the radio through social media platforms. Here is the website: www.icimusique.ca

Listen CBRX-FM-2 96.1 live from Québec. Stream may take a moment to load.