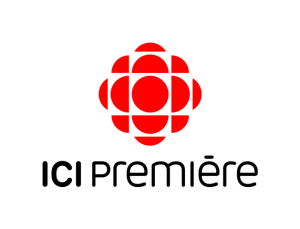 CBF-FM-12 Victoriaville 92.7 is an Ici Radio-Canada Première rebroadcaster of CBF-FM-10 Sherbrooke and rebroadcasts the content of the station in Victoriaville and Trois-Rivières areas. Class A1 transmitter operates on a frequency of 92.7 MHz using an effective radiated power of 130 w. The regional programming produced by the Sherbrooke radio which itself was a part of CBF-FM Montreal 95.1 until 2000, is retransmitted by the satellite. A part form retransmitting the content of Sherbrooke station, the channel would also rebroadcast the programming of the main Montreal station airing on 95.1 MHz. You may listen the francophone news and talk station online with latest news, sports stories, weather updates, regional nouvelles, traffic reports, features, interviews and more. Follow CBF-FM-12 92.7 on Facebook, Twitter and SoundCloud. Here is the website: www.ici.radio-canada.ca/premiere