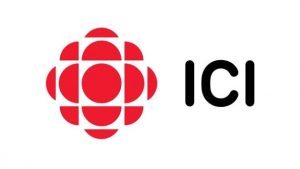 CBF-FM-1 is a Senneterre based low power rebroadcaster of CHLM-FM Rouyn-Noranda broadcasting on a frequency of 95.9 MHz. The 40-watt transmitter was previously operating on a frequency of 710 AM until an approval by Canadian Radio-television and Telecommunications Commission on Aug 17, 2017. CBF-FM-1 were the newly permitted call letters. It should be noted that the station was originally associated with CBF-FM Montreal until after July 29, 2010 when CRTC amended the licenses of the both CHLM and CBF and it was removed from the original licensee to an Ici Radio-Canada Première station; Lebel-sur-Quévillon, Matagami were the other ones to be shifted to CHLM Rouyn-Noranda. Franco-Quebec audiences can have the transmission online. Follow the channel on Facebook and Twitter. Here is the website: www.radio-canada.ca/radio/

Get More Quebec and Canadian stations