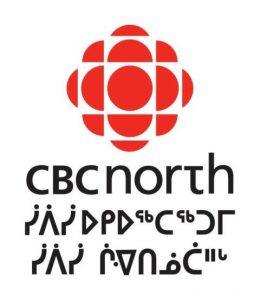 CBC Radio One 94.5 FM Whitehorse legally known as CFWH-FM is a Yukon Territory station launched in 1951 as an AM station. U.S. Army installed the 30 watts station during the construction of Alaska Highway in 1942 and was transferred to Canadian army in 1946. On November 10, 1958 CBC officially took the charge of low power station at Whitehorse along CFYT Dawson City.  By the year 1966 the effective radiated power of the channel was increased to 1,000 watts and was airing at 570 kHz. A repeater of the CBC Radio One 94.5 was approved for Pelly Crossing in 1983.

The wattage of the station was increased from 1,000 to 5,000 watts in July 1985. In 1986 upon the launch of an FM station at Atlin, B.C. CFWH sourced its programming and therefor help the community to have its only radio. A relay broadcast transmitter was approved by CRTC for the Faro on August 10, 1987. The Dawson rebroadcast facility was approved by CRTC on December 3, 1993. By year 2001 CFWH was operating with the following transmitters: CBUA-FM Atlin, CBQK Faro, CBDM Beaver Creek, CBDN-FM Dawson, CBDK Teslin, CBDL-FM Destruction Bay, CBDX Swift River, CBDF Haines Junction, CBQJ Ross River, CBDD Elsa, CBDC Mayo, CBQF Carmacks and CBDB Watson Lake. One of the most significant and waited change was introduced when the frequency of the station was swapped from 570 AM to 94.5 FM in June 2012. CRTC renewed the licenses of the station for a five year term on May 28, 2013 until August 31, 2018. There are also some community-owned satellite stations of the channel which are located in Ferry Hill, Stewart Crossing, Horse Camp Hill and Pelly Crossing. Apart from its share from CBC Radio One Edmonton, CFWH Whitehorse exclusively has 36 hours/week of its local content. Audiences can have news, sports stories, weather updates, talk programing, art and cultural programs, entertainment and more on CBC North. Here is the website: CBC Radio One 94.5 Whitehorse, Yukon