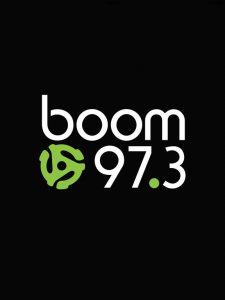 Boom 97.3 launched on Dec 26, 2009 is a Toronto based Classic hits station owned by Newcap Radio. CFXJ-FM is the sibling and 70’s, 80’s, 90’s is the catchphrase. CHBM-FM traces is roots back to March 20, 1986 when Robert Redmond was permitted by CRTC to setup an English language commercial radio that would air on a frequency of 97.3 MHz; the bid had dozen other applicants eventually turned down by the commission. On May 24, 1987 after a brief testing period the easy listening format CJEZ-FM was launched from a 4,000-watts transmitter installed to serve the audiences between the ages of 35 and 54. Studios were located at 40 Eglinton Avenue East. CJEZ was branded as Lite 97 in 1992.

ERP was incremented to 28,900 w after seven years; this was the first ever changed made to the wattage after the launch. Telemedia Communications Ontario Inc. became the owner of the CJEZ in Feb 1995. The format was switched from classic hits to soft rock and the channel was rechristened as EZ Rock 97.3. Standard Radio Inc. took over the radio on June 16, 2003 form its new studios at 2 St. Clair Avenue West but late sold it to Astral Media Radio G.P. on Oct 29, 2007. It was rebranded as Boom 97.3 on Dec 26, 2010. In March 2014 the ownership was transferred to Bell Canada which was further changed when Newcap got the authority. Audiences can have the Boom 97.3 online with greatest hits from 70’s, 80’s, 90’s, contests (Payroll Payout, Stu Jeffries’ $1000 Minute, Just A Sec, Join the boom Room Club), community events/concerts info, Boom Room, Behind the Vinyl, latest blog posts and recently played tracks. Follow the station Boom 97.3 on Facebook and Twitter. Here is the website: www.boom973.com