Our Beloved City Sargodha is the one of the most developing cities in Pakistan People of Sargodha are loving, Caring and Peaceful. It is small city yet but its culture and heritage are superb. Sargodhians have played an important part in development of Pakistan and they showed their braveness in indo pak war during 1965.

in 1966 Pakistan Government awarded the citizens of Lahore, Sialkot and Sargodha for their will power and braveness in the Indo Pak War fought on 1965 started on 06.09.1965. when Indian Army Troops attacked suddenly and broke the Line of Control in the West Pakistan sector at 3.00 AM Morning . The Indian Army Chief announced that they would take dinner in Lahore Gymkhana Club. BBC announced this news in their news bulletins many times a day . But all of there dreams changed in to a dreadful dream, false and baseless when they were not able to cross the Canal with their full try till the end of the war. Pakistan Army men laid down to tie the bombs on their chests and laid down in front of these tanks. This tank war is called the second biggest war of tanks after 2nd World War. In the result, all most all the tanks were changed in to scrap. On the same day, the Indian Air Force attacked the biggest air attack over Sargodha But by the grace of Almighty Allah (God) once again helped the Pakistanis and most of their Russian Mig were totally damaged or fell down in an air fight. Seeing this braveness of the People of Lahore, Sialkot and Sargodha, the Pakistani Government awarded the cities and citizens of Lahore, Sialkot and Sargodha with the flag name “HILAL-E-ISTAQLAL” which is one of the highest civilian award. The citizens of Lahore, Sialkot and Sargodha played an important role in this war and helped Pakistan Army and Pakistan Air Force and Pakistan Navy with their full zeal and zest. 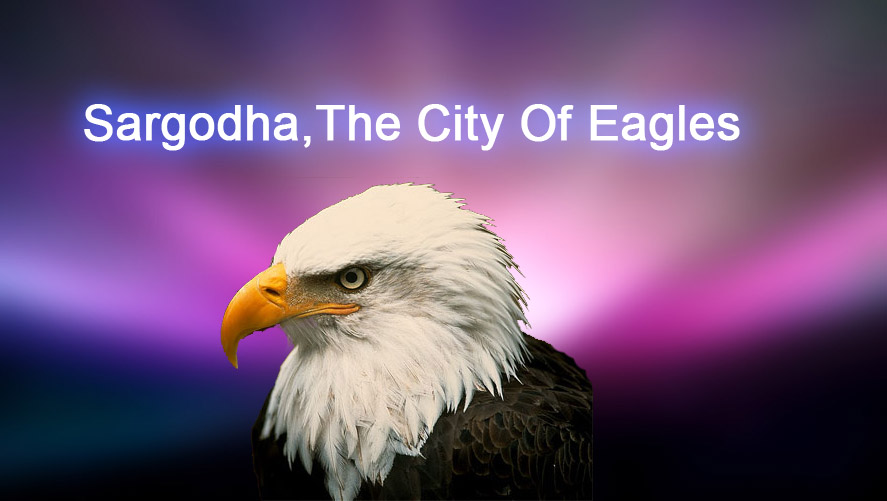 Sargodha city, was founded in the year 1903 by Sir Malcolm Hailey, who afterwards became the Governor of the Punjab. The whole area is part of the Chaj Doab i.e. land lying between the two rivers the Chanab and the Jhelum. The population of the District is about 3 million, and an area of 5854 sq.km, 607 feet above sea level. The District is composed of 6 Tehsils, Sargodha, Bhalwal, Kot Momin, Shahpur, Sahiwal and Silanwali. The District of Sargodha is bounded in the north by the Jhelum District, in the northeast and east by the Gujrat District, in the southwest and south by the Jhang District and in the west by the Khushab District. The climate is extreme i.e., very hot in summer and very cold in winter. The hottest months are May June and july when mercury touches 500 centigrade. 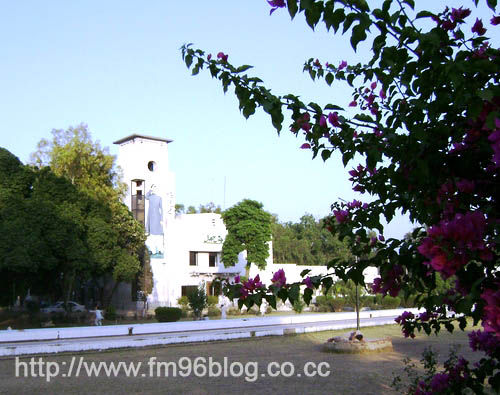 This is Jinnah hall in Company Bagh Sargodha

Name and History of Sargodha
The name Sargodha consists of two words, namely; ‘Sar’ and ‘Godha’, Sar, means pond or pool and Godha was the name of a Hindu hermit (jogi). As the tradition goes, there was a natural water pond on the place where, at present, a portion of the Divisional Headquarters Hospital and Municipal Office stand. Godha had put up a small hut for himself on the side of this pond. The area around it was an uninhabited ‘bar’ or bush jungle where the cattle used to graze and drink water from the pond, named after the hermit (jogi). According to another tradition, the original name of the hermit (jogi) was Lalu; Godha was the name of his tribe, and he was known as Lalu Godha. When the new city was founded, it automatically took the name Sargodha. The word Godha is probably derived from the Sanskrit word ‘Yoddha’, meaning fighter. Even now there are many persons having the name ‘Jodha’ as well as ‘Godha’, both derived from the word ‘Yoddha’. So Sargodha means pond of ‘Godha’ or Abode of the Fighter. It is, therefore, not a mere coincidence that Sargodha has made a name for itself, for fighting valiantly against the Indian Air Force during the wars of 1965 and 1971, as a result of which, it has won the well-deserved title of the City of Eagles. 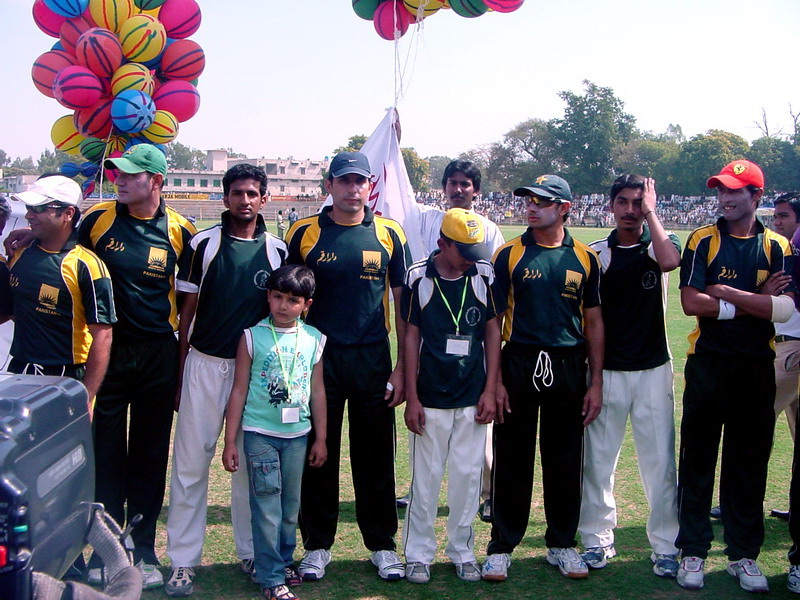 The city is very close to the heart of the Punjab, not just geographically but also in terms of cultural depth and diversity, now a city of about half a million. A big canal arising from the River Jhelum brought green revolution to the barren valley of Karana Hills. New settlers started pouring in, not only from the neighbouring districts but also from distant towns like Sialkot, Gujranwala and Gujrat. As a result of the partition in 1947 the Muslims from the East Punjab and the United Province (UP) added more colours to the already coloured and diverse culture of the city.

Being the District headquarters since 1940, Sargodha was upgraded to the status of Divisional Headquarters in the year 1960. Apart from being a well planned city, Sargodha enjoys the distinction of being one of the most important bases of Pakistan Air Force. There is a beautiful cantonment area marked by the Pakistan Army.

Linkage of Sargodha with Other Cities of Pakistan
Sargodha is linked with all the main cities of the Pakistan by road and rail. The Motorway M2 has reduced remarkable time and distance; It requires two hours travelling distance from the Provincial Capital (Lahore) and about three hours from the Federal Capital (Islamabad). Train and Road Transport connections are very frequent and comfortable for all main cities of Pakistan, and maintain direct service to Peshawar, Karachi and Quetta.
The District has loamy soil and is favourable for the flora of varied types. The indigenous species of flora are as follows: 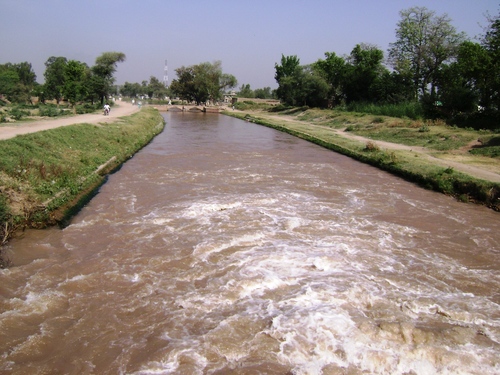 With the colonization the canal system, the following new species were introduced: 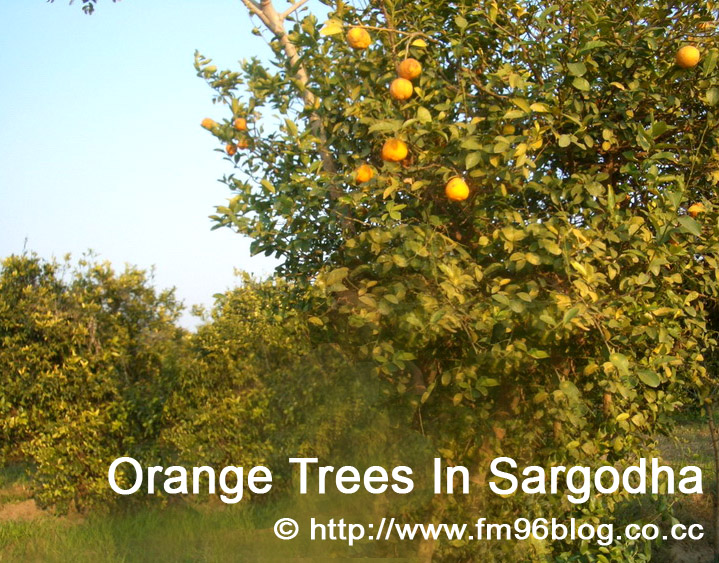 among the fruit trees, citrus occupies extensive area of the District. Mango and Jaman are slos quite common. 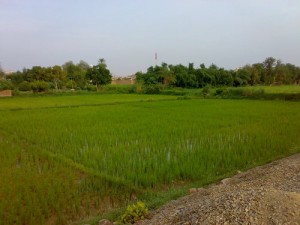 Below is the main view of Khayam Chowk Sargodha

Sargodha is Developing Day By Day

The last decade has seen Sargodha expanding and prospering. Heavy investment was attracted in the field of industry, especially the agricultural industry. A number of national and multi-national companies have established their offices and new investment is being pumped into the city’s economy.Rescue 1122 is also established on University Road Sargodha. 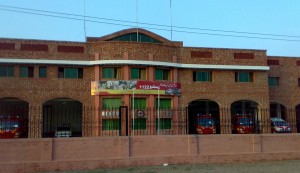 Establishment of the University has brought about a change in the entire culture of the city. Sargodha is a smart and exceptionally cheap place to shop. Getting around the city is very easy. It has an affordable comprehensive transport network. With its lush-green and glowing citrus orchards, the District of Sargodha, the greatest citrus Kinno producer throughout the world, deserves the title of the “Kinno Capital of the World”, or the “California of Pakistan”. 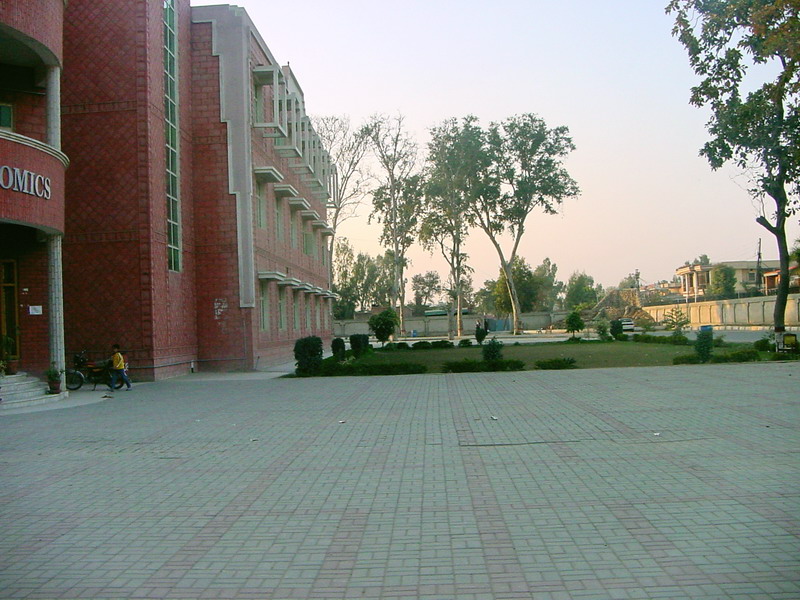 View from University of Sargodha

Below is View from Top of Computer Science and I.T Block , Showing Ghazali Block 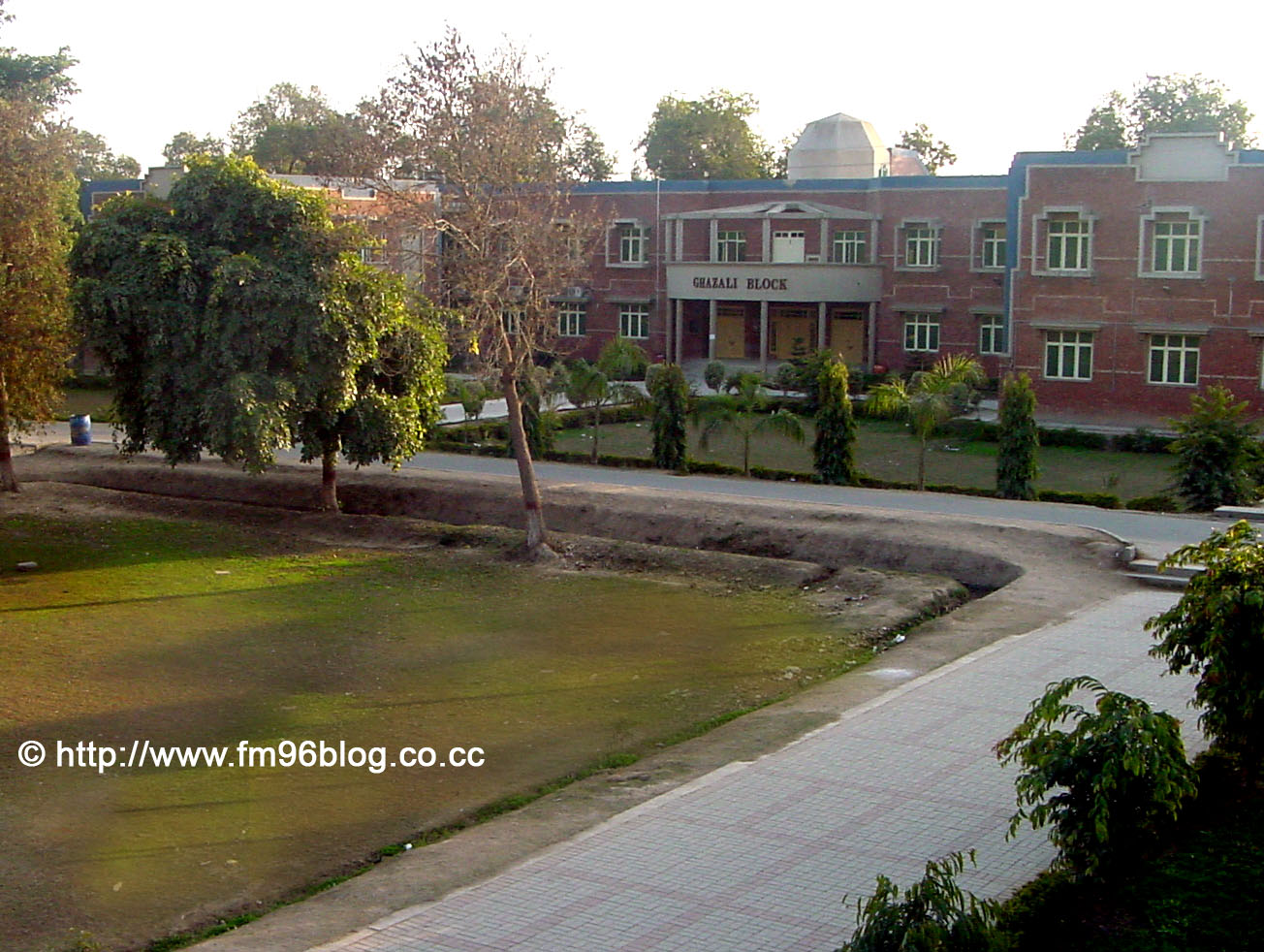