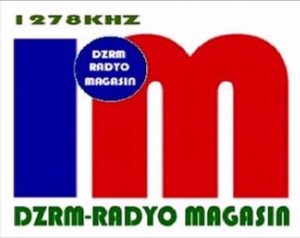 Radyo Magasin 1278 AM launched on Sep 17, 2017 is a Quezon City station owned by Philippine Broadcasting Service with offices at 4th Floor, PIA/Media Center Building, Visayas Ave. Barangay Vasra, Diliman, Quezon City. Transmitter is installed at Barangay Marulas, Valenzuela City. News, public affairs programming, current events, cultural content and talk make the programming of the DZRM-AM. The channel first signed on air 30 years ago in 1987 as Radyo Manila; 918 kHz was the first frequency. During Marcos regime the AM station was run by Jose Mari Gonzales. It was branded as Radyo Magasin in early 2000s. The Spanish cultural magazine show Filipinas, Ahora Mismo reached the heights of popularity in 2007-2009. Radyo Magasin left the airs on Sep 17, 2017 and its programming got was transferred to Radyo Pilipinas Dos, a sports format radio. Audio streaming was taken over by Radyo Magasin 1278 AM DWFO-FM which was launched on Nov 1, 2017. You can listen DZRM 1278 AM online and get social using Facebook and Twitter. Here is the website:www.pbs.gov.ph/

Listen Radyo Magasin 1278 AM online from Manila, Philippines. Stream may take a moment to load.