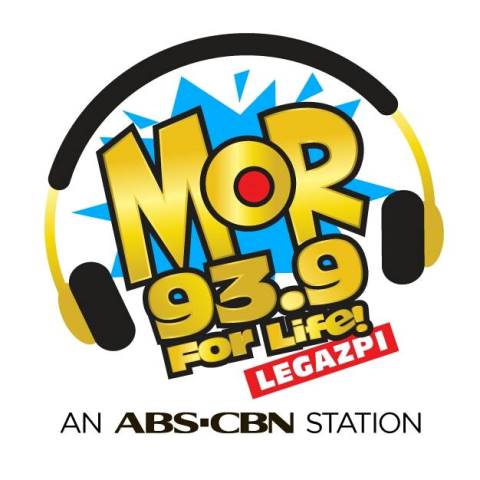 MOR 93.9 For Life is a Legazpi, Albay based OPM, CHR and Middle of Road music station owned by ABS-CBN Corporation. Launched in 1995 the channel currently broadcasts from its studios at ABS-CBN Compound, Vel-Amor Subdivision, Cabangan, Legazpi, Albay. The transmitter is set at Mount Bariw, Estanza in Legazpi City. Affiliated with My Only Radio, MOR 93.9 currently broadcasts using a 10,000-watt transmitter for its music, news and public service programming. Legazpi City’s No.1 and Primi Na! are the catchphrases of DWRD-FM (legal name of the radio). MOR 93.1 has been recognized as Favorite Radio Station by Nielsen Media Research in 2008 and People’s Choice for Best FM at Golden Dove Awards. It has also been ranked #1 on Kantar Media ranking charts. You can station online with best Top 40, OPM and MOR hits and a content that is 80% Pinoy. Follow DWRD-FM on Facebook, YouTube and Twitter. Here is the website: www.morlegazpi.com/