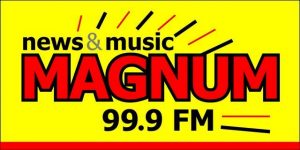 Magnum 99.9 FM founded in 1979 as 99.9 RK is a music, news and talk format radio owned by Magnum Broadcasting Inc. DXRK-FM under P.N. Roa Broadcasting System was headed by Mayor Pedro N. Roa. Contemporary hits was the format of the newly established station. The channel since its beginning operated 24×7 until Feb 3, 1997 when active hours were decreased to 16. 99.9 RK left the air on Dec 31, 2002 after 23 years. Baycomms Broadcasting Corporation purchased the station, the calls were changed to DXBD and radio was relaunched on Feb 24, 2003 with Hot AC format. Broadcasts once again were terminated on Dec 25, 2010, the channel singed off with Already Gone by Kelly Clarkson.

Entire List of FM, AM and Online Radios for Listeners

Mangum Broadcasting Inc., acquired the DXBD-FM from Baycomms. The management of the Magnum was changed on Jan 1, 2011 by Magnum, test broadcasts were launched on Feb 1, 2011 and the radio finally made it into airs on Feb 28, 2011. Studios were already relocated to 2nd floor, SBS Building, C.M. Recto Ave. after the purchase. Broadcast time was increased from 20 to 24 hours on Oct 1, 2012. Magnum 99.9 FM after two years of its launch in 2013 got the #1 rank in Cagayan de Oro as per Kantar Media Radio Research’s audience share. Audiences can listen News and Talk online with some great music. Join the radio on Facebook and Twitter. Here is the website: www.magnum999.com/