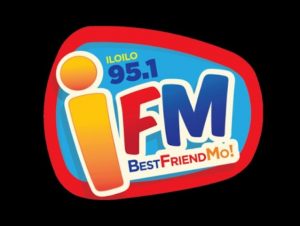 iFM Iloilo 95.1 or DYIC is a Hot AC station of Radio Mindanao Network available in Iloilo City which broadcasts from Luna Street La Paz while the transmitter site is located at Barangay Loboc-La Paz, Iloilo City. The music station launched in 1985 has its audience between 13 and 35 years and over. It currently falls in C, D and E class. DYRI 774 RMN Iloilo is the sister of the IFM 95.1. With a 10,000 watt-transmitter and an effective radiate power of 15,000 w, DYIC primarily serves Iloilo City, province and Guimaras Province. Secondary on priority include Negros Occidental, Capiz and some areas of Antique. iFM 95.1 grabbed the first rank in the market in Feb and Nov 2013 as per the stats of Radio Research Council. Listeners can have iFM 95.1 online with both Contemporary and classical hits alongside comedy features. Get social using Facebook, Twitter and YouTube. Here is the website: www.ifmiloilo.net