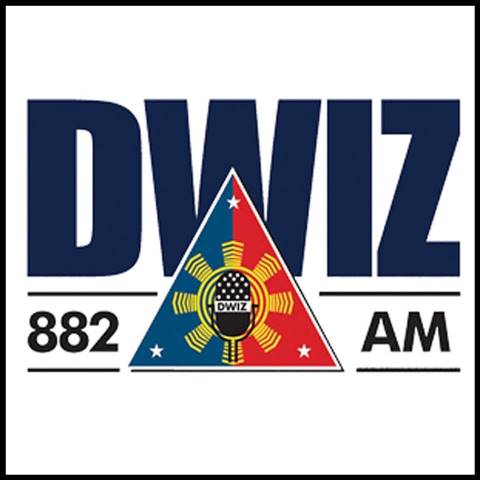 DWIZ 882 AM traces its history back to March 20, 1949 making into the Pasig City with news and talk format. Radio Philippines Network is the owner of the network while Aliw Broadcasting Corporation, a subsidiary of ALC Group of Companies manages the operation of the DWIZ 882. DWIZ-AM is rated as one of the top station in Metro Manila as per rankings given by KBP or Kapisanan ng mga Brodkaster ng Pilipinas. It is a blend of information, news, talk, entertainment and public service for the upper four economic classes. A 50,000 transmitter propagates the high quality sounds in Metro Manila area. RPN Radyo Rona stations provide relay for the channel currently managed by Ely Aligora. 800 kHz was the first frequency used by the DWIZ 882 AM until 1978. Move was made to 882 kHz in 1978. It was then known as DWIZ Sunshine City and was under the ownership of Manila Broadcasting Company. From 1972 to 1986, the DWIZ 882 AM had a predominated music format. News and informative talk were introduced in a time period from 1986 to 1991.

Find Out More Filipino FM, AM and Online Radio Stations

With the takeover of Aliw Broadcasting Corporation, the format was changed in 1991. In April 1991 test broadcasts were started with a 25,000-watt transmitter and were carried out for the whole month. It became the first radio in the market to introduce Broadcast Tandem System to get news two broadcasts. For the initial years, former DZRH reporters and anchors were staffed by DWIZ 882 AM. A 50,000 w transmitter was installed in 1994. Studios were relocated to Citystate Centre in Shaw Boulevard, Pasig in 2000. First ever radio jingle was launched by DWIZ 882 AM on July 14, 2014. Upgrades were made to a 50,000-watt transmitter in 2016; this would improve the signal strength in Greater Luzon Area. 97.9 Home Radio Manila is the sister station of DWIZ 882. Audiences can listen DWIZ 882 AM online with national and international news, sports stories, entertainment programs, features, Ronda Probinsya, Special Reports, Metro Patrol, Latest Videos and more. Follow DWIZ 882 AM on Facebook and Twitter. Here is the website:www.dwiz882am.com/