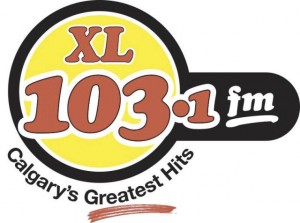 XL 103 Calgary also known as CFXL-FM launched on August 30, 2001, is a station based in Calgary which broadcasts classic hits/oldies from its studios located in downtown Calgary. The first brand name of the XL 103 at launch was The Breeze before its transformation in December 2005 as an adult contemporary and Smooth Jazz station “California 103”. The XL was rebranded as XL 103 to Oldies/Classic hits format in March 2008. Newcap Broadcasting is the owner of the 103 FM with its sibling CKMP-FM. 70s and More and Calgary’s Greatest hits are the slogans of the channel ranked #3 by BBM Canada according to a study released in Fall 2014.

Audiences beside music and entertainment can listen live online and find other informative and interesting things like Storm Central bringing weather forecast, traffic updates, emergency alerts, airport arrivals/departures, cameras, road & bridge closures et al. In Calgary things, Concerts, Contests, Songs, History and much to follow and share is available for the visitors. Fans can follow their favorite station on Facebook and Twitter. Here is the website: XL 103.1 Calgary.