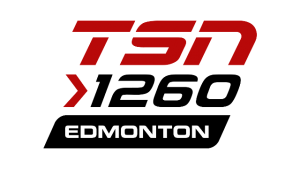 TSN Radio 1260 (CFRN)is the brand name of CFRN, A Class A station based in Edmonton originally launched as CHMA and broadcasting at 580 AM. After transitioning into CFTP in 1930 the Radio was renamed as CFRN. The station owned by Bell Media broadcasts on regional frequency. As a full-fledged sports format AM station TSN broadcasts news, analysis and results about a list of sporting contents including Hockey Canada, NFL, NHL, NBA, CFL, MLB, Golf, UFC, NCAA, Tennis, Soccer, Curling and others. CTV O&O and CFRN-TV are the siblings of the Edmonton 1260 launched in April 17, 1927.

After acquiring the Astral Media and unification of the radio and TV operations of the two siblings share the space with the TSN 1260 in Studios located at 18520 Stony Plain Road. The kHz frequencies of the Edmonton, Alberta based TSN station have been changed thrice in 1930 (1260 AM), 1936 (960 AM) and finally n 1941 moving back to 1260 AM. You can listen to the TSN radio online through the official web-broadcast. Visitors on the site can find everything from regional/national to international sporting scene. Videos, Audios, Radio, TV, featured content, promotions, upcoming events such as Olympics and their schedules and the rest can be found on the site. Fans can follow the TSN Edmonton 1260 on Twitter, Facebook and Youtube. Here is the website: TSN Radio 1260 AM Edmonton