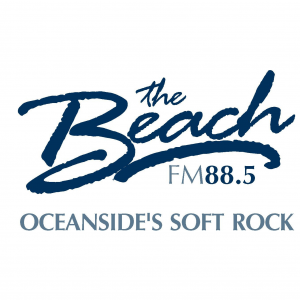 The Beach, branded as CIBH-FM, is placed among the distinguished radio stations of British Columbia, Canada. It was 3rd of December 1973, when it got on aired for the first time as CHPQ at AM frequency of 1370 MHz. On the approval of the CRTC, two switches were made in 1995, under which CKEG was shifted to the 1570 MHz (AM), and the CHPQ was placed in place of the CKEG i.e. 1350 AM. It also increases its transmission power from 1000 to 10,000 watts and modifies its Call-sign to CKCI.  On January 14, 2002, when the Beach was shifted from AM to FM at 88.5 MHz, it starts playing the adult contemporary and became CIBH.  On the start of the November 2005, Jim Pattison Group acquired all the six channels of the Island Radio and took over the control of the Island Radio stations in the June of 2006. The Wave 102.3 FM, the Wolf 97.3, The Lounge, The Peak and the Eagle are the siblings of 88.5 The Beach.

Listen 88.5 FM The Beach (CIBH-FM) from Parksville, British Columbia Live Stream. Wait as the stream gets loaded in the player.

Looking for more genres!  Take a look at our entire collection of Canadian Radio Stations

Read More about 88.5 The Beach

The slogan or the catchword of the CIBH-FM Parksville, BC is Oceanside’s Soft Rock and if a person from the city wants to listen soft rock or adult contemporary, he can tune to the 88.5 MHz on FM. Online listeners can also enjoy the top charts of these formats. Fans and followers can Listen 88.5 The Beach Parksville Live Online streaming on the official site too. On the official website of the CIBH-FM, you can read out the official rules of the contests held by the Beach. You can also check out the concerts held in the city and can see their ticket prices as well. The Site also features a Today’s Forecast that displays the current and up-to-date weather conditions of the Parksville, British Columbia. Visitors can also check out that what in On-Air Now and Playlist. You can also navigate to the News & Events section of the web-page to look at the community event and local news.