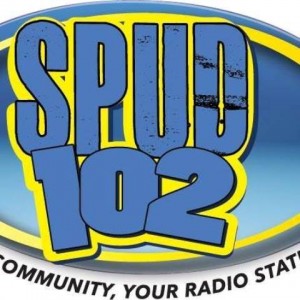 Spud 102 FM Summerside, PE launched in 1927 as CHGS and CJRW in November 1948 is an adult contemporary station operating in the region of Prince Edward Island. CJRW-FM is the legal name or call-signs of the channel. Your community, Your Radio Station is the slogan of the Spud 102. CHGS in 1927 would broadcast at 1120 AM before switching to 1450 and 1480 in 1934 and 1941 respectively. The owner Charles H. Llewellyn in 1947 applied for a 250 w station in Summerside, however the application was entertained by CBC after the CHGS was voluntarily ceased by owner. CJRW was officially launched on November 17, 1948 at 1240 kHz. By the year 1957 CJRW became an unaffiliated and fully independent station owned by The Gulf Broadcasting Co. Ltd.

More Radios from PEI and Canada

The Effective radiated power was increased for day and night times from 250 to 1,000 watts in March and December of 1984. CJRW earned the Gold Ribbon Award for its services to community in 1985. In 1999 Spud 102 shifted to FM band and would now operate on 102.1 MHz using an average ERP of 11,000 watts broadcasting local news, spoken word programs, local music and more. In November 1999 the channel was branded as C102. Maritime Broadcasting Co. Ltd. acquired the 92.9% shares The Gulf Broadcasting Co. Ltd. and thus took over CJRW-FM in March 2002. The format was changed from country to Classic rock and branding from C102 to Spud FM in September 2006. Classic Hits was the news format hosted at Spud 102 in 2007. CRTC renewed the license of the station in March 2012 until August 31, 2019. In August 2013 the format once again flipped to Hot AC. Audiences can listen to the Spud 102.1 online with contests (Spud Birthday & Anniversary Bunch), playlists, events (Kensington Playgroup, Story Time), community things (The News Boss, Yard Sales, Summerside teams up with go! PEI) and more. Fans may follow the station on Facebook and Twitter Here is the website: Spud 102.1 FM Summerside, PEI