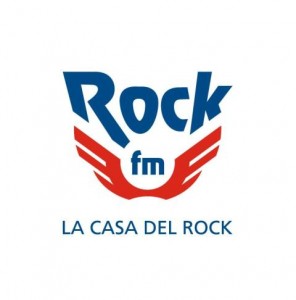 Rock FM Sevilla 93.0 is a Spanish radio station specializing in rock music. The FM 93.0 launched in 2004 owned and operated by Radio Popular SA was broadcasted under the name of Rock & Gol, transmitting the thematic sports and Rock music programming until in 2011 changed its name and the current format. COPE, ABC Punto Radio, Cadena 100 and Radio María España and TDT 13TV are the siblings of the FM 93.0. La Casa Del Rock is the slogan of the FM. The origin of “Rock and Gol” dates back to 1989 in what was then called Popular FM. The popular program “El Pirata” presented by Juan Ignacio Sastrón covered the results of league in humorous way. The musical part was for the “Pirata” and sport to Juan Ignacio Sastrón.

History of Rock & Gol as radio network starts on 4 October of 2004, emitting through 14 frequencies in 10 cities Spanish; all these frequencies belong to the COPE and the Grupo Zeta (which previously issued Flaix FM in Spanish). The audience of the speciality 93.0 FM never matched the big chains as it targets the particular audiences interested in rock and attracts a certain age-group, however, the listeners were increased to 74,000 in 2005. In January 2006 Rock & Gol was available in 32 frequencies in 28 Spanish cities and was awarded Micrófono de Oro (Golden Microphone) for its innovative product for radiofórmula. In the third wave of the EGM 2015 Rock FM has become one of the five major music chains in the country, with more than 980,000 listeners daily, achieving its highest peak on Saturday with more than 1,140,000 listeners. Visitors on the official website: rockfm.fm can have live transmission, Noticias, Entrevistas, Podcast, Parrillia, Agenda, Tarifas, Eventos and much more. You can also follow the 93.0 FM on Facebook, Twitter and Youtube. Here is the complete list of your favorite Spanish Radio Stations.