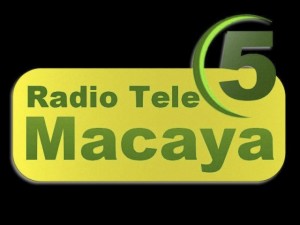 Radio Tele Macaya 102.5 FM Les Cayes launched on October 19, 1996 is an act of faith, witness of an attachment to the Sud (south), both traditional and revolutionary; the expression of a belief that the cays and the region can regain its lost days. Raymond Clerge is the director general of the Macaya. At some point, around the country emerged some good caliber radio stations, the South had to give the reply and to rein in. Le pont entre le Sud d’Haiti et le reste du Monde is the slogan of the Macaya 102.5 FM aux Cayes.

From the beginning, Macaya Radio is positioned as a national channel. The technological design ranks among the most powerful and best performing in the Radio market. Macaya 102.5 FM aux Cayes brings to the population of the peninsula of south pieces, of News, information, entertainment and recreation it needs to better thrive. Culture, Sports and music, French Talk are the basic components of the content. You can follow the Macaya 102.5 FM on Facebook,Twitter and Youtube. AudioNow numbers can also be used to listen to the live transmissions. You may also the Android and iPhone apps to connect with the Macya on your devices.

Here is the website for the listeners: Radio Tele Macaya 102.5 FM