Radio Nacional de España (RNE) launched on January 19,1937 in Salamanca, is a radio arm of State owned national broadcasting corporation which includes Televisión Española TVE and other media. In 1970 the station “Nacional de España” and television service were merged together to form RTVE – Radio televisión Española. The channel is currently headquartered in Arganda, Spain. 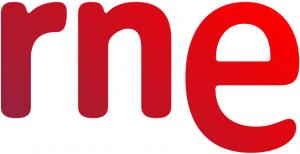 Upon its inception in the country during Spanish Civil war which spanned over three years i.e. from 1936 to 1939, the channel was driven by Delegación de Estado para Prensa y Propaganda (State Delegation for Press and Propaganda). Headquarters with the state owned studios were structured in Palacio de Anaya. The first directors of the Nacional de España (RNE) were the first to steer the wheel of Oficina de Prensa y Propaganda (Office for Press and Propaganda). Telefunken was given the job to construct the first transmitter of power 20 KW; the facility was a favor and a gift by the Nazi government to the new state – Francoist Estado Nuevo. The channel Nacional de España is available online with en directo content as well as podcasts and much more.  You can visit the official website: rtve.es

The network Nacional de España (RNE), Radio Castilla de Burgos and other nationalist broadcasters led the immense propaganda as the front-leaders and were wholly obliged to the nationalist forces. The Radiocadena Española and Nacional got merged in 1989 to formulate the six themed radio stations of today. In 1989, Radiocadena Española and Radio Nacional de España were combined to produce the current format of six themed radio channels which include Nacional, Radio Clásica, Radio 3, Ràdio 4, Radio 5 and Radio Exterior de España; the España channels with a broad spectrum programming transmit general speech based programming, concerts, classical music, pop, rock, folk and cultural events, regional broadcasts form Catalan and 24 hour news from around Spain and across the world. Both TVE and Radio Nacional are funded by the state funds and are do not support commercials. Nacional de España (RNE) celebrated its 75th anniversary in January 2012. The station was integrated into the state public broadcasting agency in 1973 and is today serving the connection between state and public.