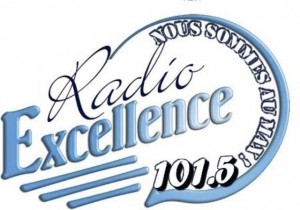 On November 25, 2009 at 3:00 Pm Radio Excellence 101.5 FM launched its first broadcast across Mirebalais, La Cite Benoit Battraville and thereby FM settled permanently in the media landscape of the Centre Department. Born of an initiative of the Centre Haïtien de Communication (Haitian Communication Centre), a big school for mass communication, Excellence FM 101.5 was designed bring a professional touch to the radio landscape in general and Mirebalaisien Centre in particular. The Radio suffered a terrible blow six weeks later on January 12, 2010 when Headquarters of Centre Haïtien de Communication were devastated by the earthquake which shook the Haiti all across.  The considerable damages were enough to cease the Radio till 2012 when Radio Excellence 101.5 FM was relaunched in the Port-au-Prince and celebrated its 3rd Ans. Max Evens Semelus is the man currently in charge.

With the return of Haitian Communication Centre in Port-au-Prince, Excellence FM 101.5 amended its structures with five apartments, unfolded two studios; one in Port-au-Prince and other in Mirebalais, Two Production studios and a mobile studio for live broadcasts was also setup. Excellence FM and Haïtien de Communication collectively manage the Radio Excellence with all the excellence required and all the staff are students trained at Haitian Communication Centre. On this November 25 (2016) the station will complete its 7th anniversary. The content of the Radio includes News, Sport, Culture and variety of programs. You can listen to the live stream online, here is the website: http://www.excellencefmhaiti.com/