The Radio Bilbao Cadena SER 93.2 FM is a station in the city of Bilbao, the capital of the province of Biscay, also called Bizkaia, and the Basque Country, which is one of 17 autonomous communities of Spain – spanning the border between España and France on the Atlantic coast. Bilbao, the largest city of País, headquarters the Cadena SER branch. The 93.2 FM was founded on October 31, 1933, as Emisora Bilbaína. It opened at 7 pm with the speech of Diego Martínez Barrio, then president of the government of Spain. On the first day of transmission, when the mayor of Bilbao, Ernesto Ercoreca took the microphone, the machine broke. However, this problem does not prevent the success of channel at all in the coming years. The name was adopted in 1939, and the brand now belongs to its founder PRISA Group – one of the most important groups in Europe, where the significant and imperative media are the newspapers journal El País and network radio station Cadena SER, the parent body of the Radio Cadena SER. The slogan of the Cadena SER subsidiary is Te hablamos a ti (Talk To Yourself). The frequencies of Cadena for FM and OM are 93.2 and 990 respectively. Watch Bizkaia y la actualidad del Athletic and visit a la cara on the official site. The official website of station is: cadenaser.com Enjoy Emisoras de Bizkaia on our website. 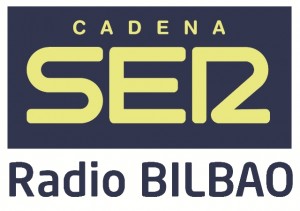 1931 – On October 31, born Radio Emisora Bilbaína. In 1939, adopts the name of Radio Bilbao, which cannot perish even today.

1949 – Eduardo Ruiz de Velasco is appointed the director. He remains in office for 40 years.

1964 – Radio Bilbao is transferred to the Christmas Park.