Qfm 94.3 FM was commenced in 2005 in El Médano, (Granadilla Costa), Tenerife, with the aim to lift the local FM radio, reinvent it, and then promote it to a worldwide listenership. The multilingual station with daily music shows presents the content primarily in Spanish, English, German and Italian. The up-to-date local and regional cultural information with releases, concerts and shows are broadcast in various languages. Qfm 94.3 is an independent entity that promotes the canarian culture and independent artists form Canary Island, across the Europe and the world around it. The channel located at Santa Cruz de Tenerife, Spain – Tenerife is the largest and most populous of the seven volcanic islands. World Jazz Radio is the slogan or tagline of the Radio. Qmusica is the non-profit online entity of the channel available in Español, Deutsch and English. The website ranked #4 by google developed in php is a great online music streaming source for the audiences across the world. 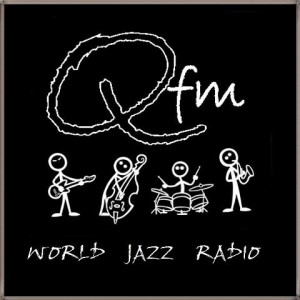 The underground musical content and rare music is the key ingredient of Qfm 94.3. Cool Blues, Acid Jazz, JazzFunk, Latin Jazz, Bossa Nova, Smooth Jazz, Soul, Balearic Chill and World Grooves cover the charts. The channel sings the praiseworthy and independent unsigned artists and promotes them without getting influenced by record labels, advertising campaigns, hyped portfolios and hyped debuts. Qfm 94.3 has its own manipulation when it comes to music industry. This format goes to the credit of Qfm 94.3, and provided the positive responses, it has gained the station commendable amount of deference as well as proved to audiences as a radio of discerning music lovers, previously embittered by the over commercialized music norms and outdated presentation of mainstream Radios and FMs.

Listeners can listen to their favorite stuff through Microsoft’s Windows Media Guide and can also enjoy the pre-installed facilities on ITunes. What you have to do is just select Radio, Jazz and left the rest to scroll down. The AAC feed of the station 94.3 is also launched for the WiFI, 3G, 2G users. Utilizing 48Kbsps and using the minimal bandwidth you can have the opportunity to get enchanted by the best sound quality. Use either Winamp or updated Windows Media Player – both are absolutely free to use.   More than 60% of the music played on Qmusica.com and Qfm 94.3 is from unsigned, underground talents, independent artists or what you may call as freelancers. Keeping the sound fresh and unique, the station believes that many commercial radio stations worldwide bother more about their quarterly and unfair profits than the credibility and values. The Qfm 94.3 values the integrity of its listeners, and will never seize to seek the best replaceable music from each country and every continent, whether it is supported by the monopoly of major record labels and hyped-partners or not! Fans and especially talented fans can submit their works using the link given on official website of the Qfm 94.3. The Spain born radio station is truly international by emitting non-stop music from over hundred countries and is continuing to expand its horizons and break boundaries that many global music brands will be shy of. The official website of the Qfm 94.3 is Qfm.com