Onda Cero 98.0 FM Madrid is a part of Antenna 3, a subsidiary of Atresmedia , ranked third general format Radio station on the basis of number of listeners as per estimates of General Media Study 2015. Atresmedia Radio has 220 stations and is chaired by Ramon Osorio. The slogans of the Cero 98.0 FM are Te mereces esta radio and Onda Cero, tu radio The chain is a merger between the frequencies of Radio Amanecer, acquired by the Organización Nacional de Ciegos Españoles – ONCE in 1989, and the frequencies of Cadena Rato that were bought by the same company on April 2, 1990 . On November 26, 1990, at six o’clock in the street Diego de Velázquez, 54, of Madrid, and with the voice of Angela Bodega, emerged a broadcasting network advocating the values, plurality of views and ethics. 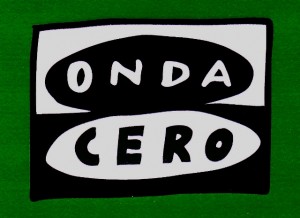 Onda Cero 98.0 FM Madrid was owned by the ONCE until 1999, when Telefónica obtained the group and finally got associated with the Antena 3, in 2002. Onda Cero 98.0 FM Madrid pioneered the transmission issuing its signal through Internet and by means of podcasting. The output is also evident as Onda Cero Madrid propogates on televisión digital terrestre by the multiplexer variable Antena 3 in each province and by channel digital radio DAB by the múltiplex MF-II. Julián Cabrera Cruz is the current news director, replacing Carlos Alsina , who has spent the stations as an announcer and host of La Brújula.

There is a lot you can find on the official website of the radio. Get the online emissions, podcasts, and all the other stations of Onda Cero 98.0 Madrid including Catalunya, Galicia, Basque Country, Aragón, Asturias, CastellÃ³, Majorca, Murcia, The Rioja, Pamplona, Cantabria, Seville and Malaga. You can also connect the Cero on Facebook, Twitter and Youtube. Users can also downlaod the IOS and Android apps of Onda Cero to listen the radio on their devices anywhere in the world.