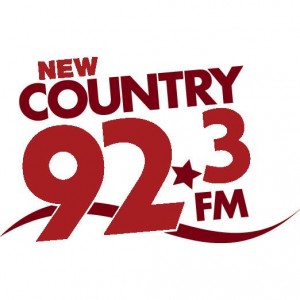 New Country 92.3 is one of the most listened FM channels broadcasted in Fredericton, New Brunswick. It is also recognized on air by its call-sign CFRK-FM and is owned by Newcap Radio. CIHI-FM is the siblings of the new country. On November 26, 2004, the CRTC authorized to launch their new radio station in Fredericton on FM frequency 92.3 MHz. On July 28, 2005, 92.3 FRED FM got on-air for the first time as a Classic Rock with the current call-sign. During March 2009, the format was changed from classic rock to Oldies/Classic Hits, but the branding, frequency and call-letter remained same. On March 1, 2013, when the channel was flipped to Top 40/CHR it became Hot 92.3. Then, later on,  June 1, 2015, the format was changed to Country, and at the same time the branding was modified to Fredericton’s  New Country 92.3.

Entire list of the Canadian FM and AM Radio Stations

Listeners in Fredericton, New Brunswick, can tune their radios to the 92.3 MHz FM frequency to receive the broadcasting of CFRK. Online fans can listen live New Country 92.3 Fredericton online streaming from the official site. You can also browse the site to read the contests rules and participate in the contests. Sing in The Country Insider and explore all the amazing stuff before everyone. Go to the News section to read out the latest local, Community and national news. Listen live what’s on air and see the playlist and the Recently Played Songs. The Casey Clarke Show, Hit List with Fitz, John McNeil, Jen Duncan, Richard Jones and Geoff Walsh are the well-known DJs and shows of the Country. Follow the channel on Facebook and Twitter.