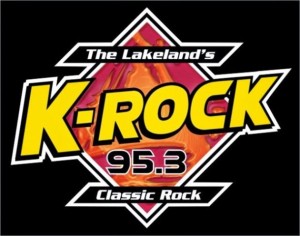 K-Rock 95.3 is a Classic Rock station based in Cold Lake, Alberta. The O.K. Radio Ltd. launched the station on September 26, 1979 on 1340 kHz using and ERP of 250 watts. The station first singed on-air on December of the same year. In 1982 the channel was taken by L.W. Broadcasting Ltd. As O.K was rebroadcasting the programs of CIOK St. Paul as a result the CIOK and CIOK-1 were transferred to L.W.  The assets were then rebranded as CHLW and CHLW-1. The changes never stopped and CHLW-1 became CILW-1. In 1985 the wattage of the signal (CILW-1) was increased form 250 watts to 1,000 watts during night and the channel once again changed its name to CHLW-1 from CILW-1, though the content continued to come from CHLW St. Paul. In 1988 the ownership of the K-Rock 95.3 was once again changed when Parkland Ltd was allowed to purchase the station. The day time power increase in 1989 and acquiring of station by Nor-Net in the July same year were the other significant events. The shift from CHLW-1 to CJCM remained undated. Okanagan Skeena Group Ltd on November 18, 1993 purchased the channel Nornet Broadcasting Ltd along with CJCM.

Welcome to 95.3 K-Rock (CJXK-FM) Live. Wait as the The Lakeland’s Classic Rock channel is loaded by the player.

After a couple of changes through intra-corporate reorganization, ownership transfer (Telemedia Radio (West) Inc.) and distribution of shares the channel was finally acquired by Rogers Broadcasting Ltd, subsidiary of Newcap Inc. on April 19, 2002 getting its hand on as many as 15 stations. It was decided In December 2003 that CJCM would operate@ 95.3 MHz with FM band and Hot AC content. In 2004 both call-sign and brand name of the station was changed CJXK-FM and K-Rock 95.3 accompanied by a format shift which was for the Classic Rock. In 2010 the license of the K-Rock was renewed to August 31, 2014 which is the final update so far in the broadcasting history of K-Rock. You can listen to the channel online getting something more than just music streams with Kontests (Songs of Summer), Koncerts, Community events (Cold Lake Air Show, Drumheller Quilt Show, 3D Tech Camp, Play Dough Club, Reiki Master Level), K-Rock Around Town and lot more. Fans can find the station on Facebook and Twitter. Here is the website: CJXK-FM 95.3 Cold Lake