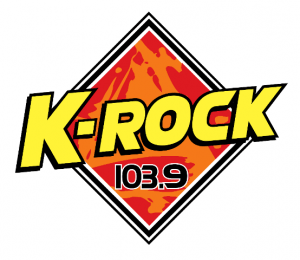 K-Rock 103.9 FM (CKXX-FM) owned by NewCap Radio is a Corner Brook based Classic rock and Talk Radio station launched on August 6, 1984 initially at 1340 kHz (AM) using an ERP of 10,000 watts. Western Newfoundland’s Rock is the catch-phrase of the K-Rock. The station was not approved upon the very first try to get the license, the applicant was denied after submitting an application to operate a Corner Brook station on September 29, 1982. A corresponding bid made by Broadcasting System Ltd. was also not fulfilled. On August 29, 1983 the license was granted by CRTC to Western Broadcasting Ltd; the agreed upon procedures include an AM station at 1340 kHz using a power of 10,000 watts during day times and 2,500 in night hours. News, Sports and Country music were included as the content hosted by CKWK 1340. The format of station was changed from Country to Top 40 in January 1986 followed by Adult Contemporary playlists in the upcoming years until 1989 upon adopting Country. A new transmitter facility broadcasting on frequency 95.1 MHz at Deer Lake was approved by CRTC in July 1989. The call-signs were flipped from CKWK to CKXX on December 31, 1989. In 1990 around 80% of the Western Broadcasting Ltd. including CKWK among other encapsulated entities was sold out to Newcap Broadcasting. In February 19997 the band and frequency was swapped form AM to FM and 1340 kHz to 103.9 MHz with a considerable increase in ERP making it 47,000 watts.  The license of the CKXX-FM along with CKXX-FM-1 was renewed on May 28, 2010 with validation extended up to August 31, 2016. Audiences can listen to the K-Rock online with contests (Crystal Waters Rock The Boat Contest), events (Jumping Jack Flash, Thomas Amusements, School Information, Gros Morne Theatre Festival, Sesame Street Live: Make a New Friend) KRock School Report, KRock Birthday Announcements, videos, photos and more. Fans may follow the channel using Facebook and Twitter. Here is the website: http://www.k-rock1039.com/