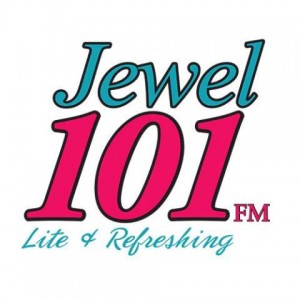 Jewel 100.5 FM also known by its call-sign CFJL-FM is a Winnipeg based radio station owned by Evanov Communications. Lite & Refreshing is the slogan of the station. On August 8, 2002 CKVN Radiolink System Inc. bid to start a commercial FM in the city was approved by CRTC. The frequency proposed was 100.7 MHz with an ERP of 1,300 watts. The format hosted was a mix of easy listening, nostalgic numbers, Soft adult-contemporary borrowed from 70’s, 60’s, 50’s and beyond. The masters of the Jewel vowed to fill the vacuum created by CJOB and CJST leaving the nostalgia and Soft AC formats. The applicant showed its solid pledge to bring a full-time locally produced content including special features and more. A minimum of 3 hours and 30 minutes of news time was selected for news a part from spoken word and talk programs. The commission accepted what was proposed by the Radio 100.5 and the would be Jewel was registered until August 31, 2009. CFJL-FM first signed on air on June 2, 2003 as CHNR 100.7 FM. On November 2005, the effective control was transferred from CKVN Radiolink System Inc. to Newcap Inc., owing to the losses suffered and scarcity of resources to run the stations in a market dominated by big franchises. On December 26, 2005 CHNR-FM branded as “The Breeze” made a fresh start with Adult Album Alternative format and was renamed and rebranded as CKFE-FM and Cafe 100.7 receptively. On December 28, 2006 once again the format was changed to Country and the Jewel switched call-signs and brand name to CHNK-FM and 100.7 Hank FM. The makeshift studios were replaced with a permanent once at Portage Place Shopping Centre. With an increased ERP in 2008 and renewals the HANK FM running country and Alt-Country once again decided to change its branding and format in July 2010 with K-Rock 100.7 and World Class Rock respectively.

More Radios from Manitoba and Canada

Eventually in May 2011 Newcap made a bid to sell CHNK-FM and CKJS-AM to Evanov Communications waiting for CRTC approval. Dufferin Communications Inc. in October 2011 took over the assets. The newly purchased CHNK had now the new call letters “CFJL-FM” and was rebranded as “The Lounge 100.7 FM” turning into a full time Christmas music station (for some time). On December 26, 2011 the Jewel was renamed as “The Breeze” sponsoring Lite AC. CFJL was lastly rebranded In January 2014 as Jewel 101 FM after allowed by CRTC to amend the specialty format. The channel flipped its frequency from 100.7 to 100.5 MHz on August 19, 2014 and made an increased in its effective radiated power, making it 63,500 watts from previously held 51,000 watts. Audiences can listen to The Jewel 100.5 FM online with their favorite playlists, read blogs, find news, sports updates, events (Ice Age on Ice, Dolly Parton, Ziggy Marley, Heart and Soul Tour 3.0, Celtic Thunder), contests (Jewel Jet, 100 Days of Summer, Jewel Prize Vault), view Pets of the Month, Joke of the Day and much more. You can follow the station on Facebook and Twitter. Here is the website: Jewel 100.5