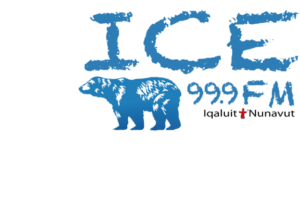 Ice 99.9 FM also recognized by its call-sign CKIQ-FM is an Iqaluit based station in the province of Nunavut. Northern Lights Entertainment has the ownership to the Hot AC and Rock station. The channel was launched after the applicant Nunavut Natautinga Ltd. received the approval from CRTC on December 13, 2002. Along with Adult contemporary music the offerings included locally produced content, information and talk programs and other community driver programing. The proposed and agreed upon included the inclusion of Inuktitut and French content. The New Triple 9 Ice FM would initially operate as English language commercial station operating at 99.9 MHz with and ERP of 537 watts. The launch of the Ice 99.9 is undated however it was somewhere in 2002. On March 2, 2009 Northern Lights Entertainment Inc. purchased the CKIQ from Nunavut Natautinga Ltd. In October of the same year (2009) the studio site average ERP and antenna height and pattern were changed. The average wattage after the change was 415 watts. CKIQ was rebranded as ICE FM in 2011. A relay transmitter CKIQ-FM-2 located in Rankin Inlet was ceased in 2009. The initial renewal spanning a seven year term was expired on August 31, 2009. You can listen to the 99.9 Ice online. Here is the website: ICE 99.9 (CKIQ)

Listen Triple 9 Ice FM (CKIQ). We are sorry for the inconvenience faced because of unavailability of stream.

Note: CKIQ 99.9 must not be confused with CKFR Kelowna, BC, the AM station broadcasting at 1150 previously had the call-letters and branding “CKIQ Kelowna”.