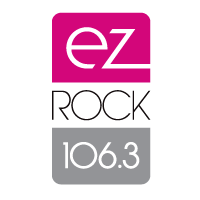 EZ Rock is placed amid most listened Radio Stations in Canada and was launched in 1974 with a call-sign of CKGR-FM.  EZ Rock can be an excellent choice for any Canadian if he requires listening an adult contemporary music as it centers much on this format. During 1973, CRTC authorized, Hall-Gray Broadcasting Co. Ltd to commence a new AM channel in Golden, British Columbia. In the month of October 2010, the Canadian Radio-television and Telecommunications Commission appreciated CKGR to be converted from AM to FM, and the frequency was set to 106.3 MHz. Since its launching day, the ownership of the brand has been traded for many times. In 2007, Astral Media purchased the 106.3 EZ Rock along with all the assets of the CKGR. Then, following in March 2012, Bell Canada paid $3.38 billion to acquire the Astral Media. It anticipates the current owner of the CKGR-FM is “Bell Media”.

The radio broadcasts the hottest hit numbers of both soft and rock genre as the slogan of the brand is “Today’s Soft Rock with Less Talk”.  Elliot Campbell, Rich Daniels and Kyle McCormack are some of the renowned personages who are serving the tenants of Golden via EZ. The fans can listen Golden’s 106.3 EZ Rock online, request a song of their choice and can additionally read out local and entertainment news by navigating to the official site of CKGR-FM. Similar to this EZ, many other channels use the EZ Rock branding with mixed frequencies to broadcast in British Columbia.