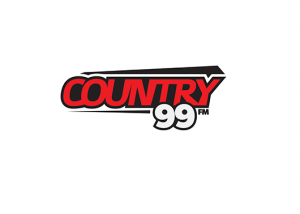 Country 99 FM aka CFNA-FM is a Country specialized music station that has presence in town of Bonnyville in East Central Alberta between Cold Lake and St. Paul. The Alberta Ltd. Founded and originally established the station in 2003 as a rebroadcast facility of CKLM FM with transmitter in Lloydminster. CFNA was separated on September 28, 2007 with an overall shift of programming and studios on September 28, 2007. The initially adapted active rock format was also changed to Country when the channel was sold out to Vista Broadcast group on November 21, 2008. In early 2009 Vista decided to rename their product changing its brand name from “The GOAT” to “The Wolf”. In 2014 once again there was a new name purposed and the brand name now agreed upon was 99 Country FM.

Today’s Best Country is the slogan of the channel 99 also available online. On the official site the audiences will experience something more than just an audio stream inviting them to News both local and national, Sports (Local Hockey Report), Local Weather, Road Report, School Notices, My Lakeland Rewards, Lakeland events (Bonnyville Tuesday Farmers Market, Sew and Socialize with Riverhurst Quilters) and much more. Get social with FM 99 through its Facebook and Twitter accounts. Here is the website: Country 99.7