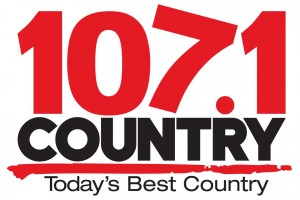 Country 107.1 also known as CKQC-FM, is one of the top Canadian radio stations broadcasting in Abbotsford, British Columbia. Abbotsford is a city located in the Fraser Valley, British Columbia. On August 20, 1962, the channel was launched as an CFVR AM 1240 acquired by Fraser Valley Broadcasters Ltd. Initially, it was started as a repeater of CHWK, Chilliwack. During 1999, the Rogers Media, the current owner of the Country 107.1 Abbotsford, acquired the Bill Coombes’ Fraser Valley Radio Group along with its entire channel including the CFSR. On 5 June 2001, CRTC approved the transformation of the channel from AM to FM at 107.1 MHz frequency. On March 25 CFSR-FM 107.1 got on the air for the first time as its current branding, Country 107.1, current call-sign, CKQC-FM, and the country format. CKKS, CJAX, CKSR and CKWX are the siblings of the CKQC.

Wait for a few moments as the channel online streaming will be loaded in few seconds and will be played.

The slogan of the CKQC-FM Fraser Valley is “Today’s Best Country” and the citizens in the city can hear the best tracks of the format by tuning the radios to the 107.1 MHz frequency. Fans from other regions can listen live Country 107.1 Abbotsford online streaming from the official site of the CKQC. You can get rewarded for listening to the CKQC-FM Fraser Valley by joining the Country Club. You can log in and answer the artist of the day to earn points. Members can also earn points by navigating to the bonus code page and can win the grand prizes by spending coins. Check out the contests rules from the website and participate in the contest. Valley Mornings with Chris and Jess, The Road Show with Curtis Pope, Barry Chou, Wendy Boomer, Canadian Country Spotlight and Care are the notable shows of the Country 107.1 FM Abbotsford. Fans can join the CKQC-FM on Facebook, Twitter and Instagram.