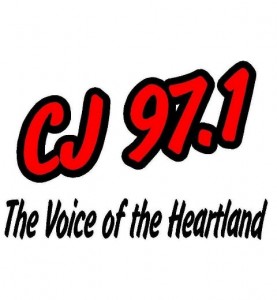 CJ97 launched on April 10, 2010 is a Neepawa based country music station powered by ERP of 3200 watts from Manitoba Hydro Tower. CJBP received an approval from CRTC on January 20, 2010 to establish and English language commercial radio in Neepawa. William Gade is the sole proprietor and director of the CJ97 (CJBP) with beautiful plains (BP in call-signs). CJSB-FM in Swan River and CJIE-FM from Gimli owned by the sister company Stillwater Broadcasting are the other siblings of the CJBP. The licensee has to renew the country format channel in August 2016 as the expiration date for the license is August 31, 2016.

Listen CJBP-FM, The Voice of Neepawa live from Manitoba. Wait as the stream loads.

Country with share of 60% and 40% of rock would fuse to bring to the audiences the best blend of Hits featuring the past and present along with news and spoken word content. CJBP 97.1 FM, The First in Local News in Neepawa is the authority in the Manitoban town when it comes to local news stories. Online listeners can also have contests, Audio Vault, The Bargain Bin and lot more available on the CJ 97.1 “The Voice of Heartland official site. You can follow the CJ97 on Facebook and Twitter. Here is the website: CJ97