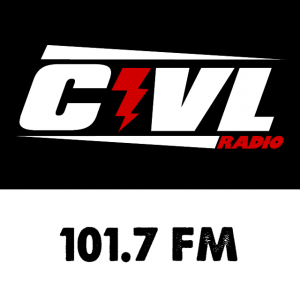 CIVL-FM 101.7 also known as by its Branding CIVL Radio is a campus radio broadcasting in the University of the Fraser Valley Abbotsford, British Columbia. Apart from Abbotsford, the channel can also be received in Mission and Chilliwack. The application of the Campus and Community Radio Society to launch a new English-language community-based campus FM radio was approved in September 2006. Initially, the channel started broadcasting at 88.5 MHz, but it got air on the current frequency 101.7 MHz (FM), for the first time in September 2010, after getting approval from the CRTC on 21st May of the same year. The owner of the CIVL Radio is the University of the Fraser Valley and is among the members of National Campus and Community Radio Association. According to the CIVL-FM 101.7 mission statement, the aim of the channel is to serve the students, officials and by keeping them updated about the community news, events, weather conditions, and sports. It also states that CIVL Radio broadcasts a broad range of programs including informative and community-oriented. The mission statement says that a primary purpose of the FM station is to increase communication, understanding, interaction and co-operation within the students, staff, member and Instructors University and society.

Lisen CIVL 101.7 FM live from British Columbia. Wait for a moment as the player reads the stream for you.

The inhabitants of Abbotsford, Mission and Chilliwack can catch the station at FM frequency 101.7 MHz. But, the worldwide followers have the option to listen CIVL Radio Abbotsford, BC Live Online Streaming from the official site. You can also become a volunteer, get host training and can join the CIVL Radio Abbotsford. If you are interested in getting a tour to the channel then you can contact Station Manager, Aaron Levy, he can arrange a private a group tour for you. You can also see the programming schedule. Fraser Valley Music Awards is a very popular event of the FM station and you can get the tickets or passes to the Fraser Valley Music Awards from the official site. Join CIVL FM 101.7 on Facebook and Twitter.