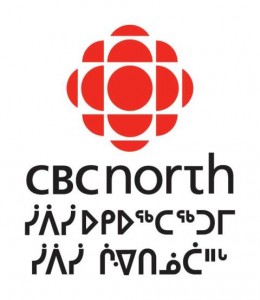 CBC Radio One 860 AM (CHAK) Inuvik launched on November 22, 1960 is a public broadcaster which originally dates back to 1947. The Northwest Territories station first aired in 1947 as CHAK 1230 under the Canadian Army. A sibling named CFWH with similar patterns was operated from Whitehorse with an ERP of 30 watts. Early programing included church services and school programs in North. In 1953 the approval was given to switch the frequency from 1230 kHz to 1490. In 1958 two stations CFWH and CFYT were operating in the North using another two 40 watt transmitters for British Columbia audiences. In 1960 the CHAK first signed on air being the first station in Arctic Circle, using an ERP 1,000 watts and located at a distance of about 1,230 miles north of Edmonton. The frequency of the CHAK was changed to 860 kHz and power to 1,000 watts in 1966. On October 1966 the CBDW got on air. The studios of the Radio One 860 AM changed its position in December 1968. In the next couple of years (1969-1975) CBC launched CBQI, CBQE, CBQM, CBIN-FM and CBIO-FM. After the establishment of further transmitter and rebroadcasters in Cambridge Bay, Fort Franklin, Fort Norman, Fort Good Hope, Coppermine and other an AM station was approved by CRTC on September 18, 1985 at Aklavik.

More About CBC Radio One 860 AM Northwest Territories

Radio One 860 AM operating at 540 kHz and using power of 40 watts would rebroadcast the content hosted by CHAK Inuvik; the station CBAK Aklavik was launched on April 21, 1986. Around 80% of the transmissions were produced in English while the remaining was done in native languages such as Loucheux, Inuvialuktun and others. On September 1, 1997 the CBC Radio Network was rebranded as CBC Radio One. In June 2001 the programing source for the Deline based CBQO-FM was changed and licenses for CFYK (Yellowknife) and CHAK were amended. CHAK was allowed to install an addition transmitter (CBAC) at Tuktoyaktuk at 150 kHz operating with an effective radiated power of 40 watts; the 860 AM would replace the expired CFCT-AM. The number of amendments in frequency, bands, licenses, transmitter locations and license renewals of CBC radio are making towards a successful journey so far. The license of the station was last renewed on May 28, 2013 for the next five years until August 31, 2018. You can listen to the 860 AM online with news, sports, music, arts, local stuff and more. Follow the station on Facebook and Twitter. Here is the website: CBC Radio One 860 AM Northwest Territories