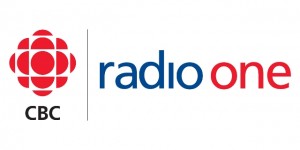 CBC Radio One 540 AM Grand Falls (CBT-AM) launched somewhere in 1949 is a news and talk broadcaster of Canadian Broadcasting Corporation. The station being operating in Central Newfoundland was roped in CBC after the Newfoundland joined Canadian Confederation as the 10th province in 1949. Subsequently changes were made in the call-signs of the station. In 1960 the channel switched its frequency from 1350 KHz to 540 kHz with and effective radiated power of 1,000 watts followed by another ERP increment making it 10,000 watts in 1965. Trans-Canada and Dominion networks were amalgamated and absorbed as a CBC unit in 1962. By 1978 and then 1982 CBT-AM had ownership to CBTB, CBTR, CBTJ and CBTL – all FM- as it rebroadcast transmitters in Baie Verte, Roddickton, Hampden and Millertown. The approx. 25 hours of local content was mandatory for CBT to produce at Grand Falls. The licenses of CBT and all its transmitters were renewed on May 28, 2013 to August 31, 2018 by CRTC. CBT simulcasts the content of its sibling stations, such as local morning show courtesy CBG and CBN St. John’s programs during certain transmission blocks. You can always listen to the station online with news, talk, music, cultural and arts programs, audios, videos, events, contests and more. Here is the website: CBC Radio One 540 AM

Listen CBC Radio One 540 AM live from Grand Falls-Windsor, Newfoundland and Labrador. Wait as the stream loads.

More About CBC Radio One 540 AM