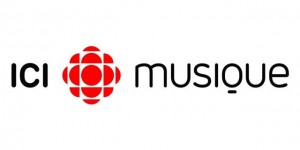 CBAX-FM-1 88.9 FM Charlottetown, Prince Edward Island is a French language satellite station of CBAX-FM 91.5 FM Halifax, Nova Scotia. The Class C Stereo channel was launched after the approval of CRTC in May 2001 and launch of CBAX Halifax in some time in 2002. Launch of CBAX-1 was followed by a transmitter installed in Yarmouth in 2005. The retransmission of La Chaîne culturelle along with the locally produced content by Espace Musique makes the content hosted by the station.

More FM and AM stations from Prince Edward Island and Canada

License of predominantly Classic and Jazz music station CBAX-1 with its parent and other siblings was renewed by CRTC in 2008, 2009, 2010, 2011 and lately in September 2013 validating it up to August 31, 2016. Average ERP used by the Ici Musique channel is 32,850 watts or 32.85 kw while the maximum or peak wattage is 88 kw. Audiences can have the content aired by Espace Musique online with the best music (Classsique, Jazz, Monde Country, Alternatif, Chanson and more) and cultural programs. Fans may follow the Ici Musique Moncton/91.5 FM Halifax (Espace Musique) on social media platforms including Twitter, YouTube, Instagram and Facebook. Here is the website: Ici Musique Moncton CBAX-1 88.9