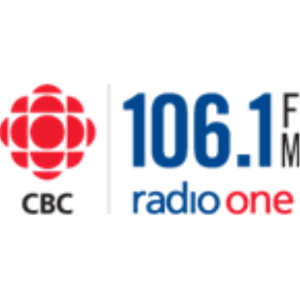 CBAM-FM, also recognized on-air by its branding CBC Radio One Moncton 106.1, is a Canadian radio station broadcasting in Moncton, New Brunswick. Initially, the channel went on air as an AM station at 1050 AM as CBA. On March 29, 1941, the frequency of CBA switched from 1050 to 1070 AM because of the North American Radio Broadcasting Agreement. Initially, the owner of the channel, Canadian Broadcasting Corporation, got license for the Sackville, but the license was changed to the Moncton City in 1968. On January 8, 2007, CRTC approved the application of the Canadian Broadcasting Corporation to shift the channel from AM to FM at 106.1. After the switch, the channel adopted its current call-sign, CBAF-AM, because the calls CBA-FM were used by Radio 2. CBAM-FM 106.1 Moncton, NB features News/Talk format. CBA, CBAT are the siblings of the CBC Radio One Moncton 106.1.

a for just a few moments, as the online streaming of the Canadian Broadcasting Corporation Radio 1 New Brunswick will take just a few seconds to load.

Citizens of Eastern New Brunswick can receive the programming of the radio station at 106.1 MHz. The online fans can listen live CBAM-FM 106.1 Moncton online streaming from the official site of Canadian Broadcasting Corporation. The official site features the streaming of the entire channel owned by CBC. You can explore the schedule of the programming of CBAM and the other channels and can also check out their frequencies. The website also allows you to watch the TV and to read out the local and national news. Information Morning is the morning show and the most notable show of the CBAM 106.1.