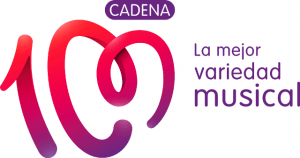 Cadena 100 99.5 FM Madrid launched on May 1, 1992 is a Spanish musical radio station owned by COPE. Its main studios are in Madrid with frequencies all across Spain. The siblings of the station 99.5 Cien include COPE, ABC Punto Radio, Radio María España, Rock FM, Megastar FM, Gestiona Radio, Herri Irratia and Onda Vasca. La mejor variedad musical (The Best Musical Variety) is the slogan of Cadena 100. The content is broadcasted in FM, DAB and TDT formats. The musical format Cadena 100, which combines a clock with a variety of music and 45 minutes of music The 45 minute musical format, is undisputedly lovable among age group between 25 and 39 years.

The musical radio of Group Cope has set high standards in Popular FM, a network of music stations which began broadcasting in the early nineties. On 2 May 1992, and from this network of stations, Rafael Revert, who was founder of Los 40 Principales, created Cadena 100 and directed it until 1997. In 2006 Cadena 100 created La noche de cadena 100, a penultimate concert in March was held in the Barclaycard Center of Madrid, gathering on its stage with national and international artist. . In 2013 Cadena 100 began a charity concert against cancer. In 2015, the eleventh edition of La Noche de Cadena 100 has been, once again, the musical event of the year. On Saturday March 21 the largest national and international artists gathered in the Barclaycard Center of Madrid in a spectacular benefit concert for Manos Unidas. The channel 100 has an adult contemporary format of music with a mix of entertainment programs. You can follow the station Cien (100) on Facebook, Twitter, Youtube and Soundcloud. The official website: Cadena100 of the FM 99.5 has all the good you want. Enjoy live transmissions of nonstop music, podcasts, Especiales and can also download apps for android, iPhone, Windows Phone and Windows from the top menu.   According to data published in the General Media Study of April 15 of 2015, with listenership of 1.727 million, Cadena 100 FM 99.5 is the second most watched station of Grupo COPE just behind COPE. More than 1,000,000 listen ¡Buenos días, Javi y Mar!, being the 2nd most listened morning show in the country. The data places Cadena 100 in the fourth position of Spanish music channels, well behind the Los 40, Cadena Dial and Europa FM. Enjoy more Spanish channels on our website.