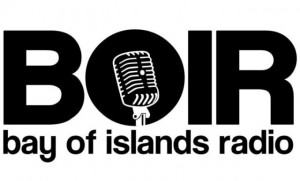 Bay of Islands Radio (BOIR) is a volunteer-run community radio station in the Corner Brook, NL. The not-for-profit community station has been on internet for quite a while now. The East Coast Music Awards proved instrumental to the launch of the station in 2009. The temporary FM feed for the coverage of event was initiated for a short span of time. BOIR was run through a small DJ booth set-up in Grenfell Campus Student Union from 2010 to 2015 before settling down at 40 Brook Street in April 2015. An Application by Bay of Islands Radio to get a license is due to be processed by the Canadian Radio-television Communications Commission (CRTC). The contents of the application include a 100.1 MHz station using and ERP f 50 watts ( non-directional) which would broadcast total of 126 hours content each broadcast week out of which as any as 106 are dedicated to local programming; the proposed broadcast languages include primarily English with French and Mi’kmaq as the other two. The radio by the community for the community is available online with news, events, audios, videos, latest recordings and more. Fans may connect with the BOIR using Facebook and Twitter. Here is the website: Bay of Islands (BOIR)

More About Bay of Islands (BOIR)