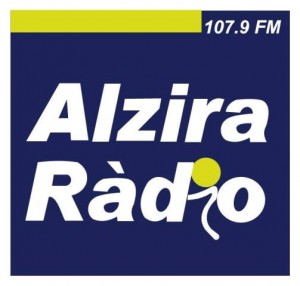 Alzira Radio 107.9 FM launched on May 23, 1995 is a Valencia based Spanish FM radio station. The channel broadcasts to the region of Alcira and for the whole region of Ribera Alta. Alzira 107.9 FM also has a wide presence in La Costera, Canal de Navarrés and near capital of Valencia. Alzira is supposed to be public service entity but many consider it as the tool and mouthpiece of the council and ruling party. 107.9 MHz FM has a website: alziraradio.com since 2005 which propagates the transmissions across the world through web. The local radio has left many of the great presenters who currently occupy the Spanish television landscape. In early 2007, Alzira Radio starts sounding the Internet to reach anywhere in the world. 17 January 2007 is an important day in the expansion of the municipal radio as it began to emit through Internet. You can follow the station on Facebook.

In 1934 the first radio station begins broadcasting in city known technically as 54 EAJ Spain. Radio Alzira 107.9 FM ran until 1991 before getting dismantled, as it was not profitable and needed 95.7 frequency in order to issue the Olé i Ràdio València 2. Currently Màxima FM occupies the place. The following year, the City Council created a radio workshop which ended in fructifying the local radio station Radio Alzira, which was officially opened on 23 May 1995 by the then Mayor Pedro Grande. Alfonso Rovira, had the honor of cutting the ribbon. Alzira 107.9 FM broadcasts news, sports, and music programs throughout its working hours. The religious programs and the content for the awareness, improvement and betterment of the general public is also a prime component of the broadcasting. There is a program in which Mayor responds to the public engaged by the channel.   Alzira Radio 107.9 is present in all social events and holidays in the capital of Ribera Alta, among which include les Falles i la Setmana Santa, dos festes d’Interés Turístic Nacional, as well as festivites dedicated to Sant Bernat i les Germanetes. Alzira Radio 107.9 FM has emerged produced professionals from the world of communication, which are currently serving in Televisió Espanyola, Channel 9, TV3, Ribera Televisió, the newspaper Levante-EMV, Las Provincias, and many other media houses. The directors who have passed through stations are Xavier Espanya, Josep Miquel Medes Beatriz Tortosa, and Nacho Salina. Andrés Giner from 2006 has the office of director. The emission frequency is 107.9 KHz FM covering Ribera Alta, and parts of the Coast, the channel of Navarre and even near the city of Valencia. Currently broadcasts 14 hours daily and 10 hours of self-produced music for the evening. In 2006, to improve management, Alzira Radio 107.9 has become a public limited company with capital, thus breaking the direct management of the City of Alzira, while maintaining the character of municipal and public. The staff is consists of five editors, 2 technicians, six speakers and a fluctuating number of scholars who make their academic practices.