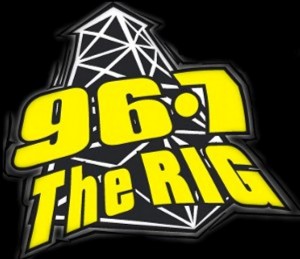 96.7 The Rig is an active Rock Canadian station operating in Whitecourt, Alberta. The Newcap Broadcasting has the ownership to the music brand of the town in Central Alberta. In 1974 Yellowhead Broadcasting Ltd launched the channel as CJYR 970 in Edson. The FM transmitter was installed on 96.7 MHz with and would operate with an ERP of 9,000 watts. In September 1999 Okanagan Skeena Group Ltd. purchased the CFYR-FM Whitecourt after receiving green signal from CRTC. In 2003 a facility eventually developed a link between Edson and Whitecourt flowing locally produced programs to Edson, Whitecourt and Yellowhead community. In 2005 the CFXW-FM was changed to broadcast classic hits with new transmitter. The Monday to Friday schedule would provide 72 hours of local programming. After the vanishing out of rebroadcasters The Rig 96.7 was launched solely by the brand name “96.7 The Rig” as a stand-alone channel in Whitecourt. A license renewal was made in 2011 until March 2012 followed by another in December 2012 validating up to August 31, 2019. In 2014 The Rig got the approval to install a transmitter in Fox Creek at 98.1 MHz.

Listen live The Rig 96.7 FM (CFXW-FM) from Alberta. Wait as the player loads the stream .

More About 96.7 The Rig Alberta

It may be good to receive the 96.7 FM online with news, multimedia items (photos and videos), events, playlists and much more. Fans can get social using Facebook and Twitter. Here is the website: 96.7 FM Whitecourt