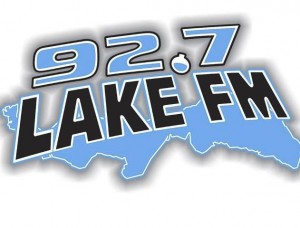 92.7 Lake FM also known by its call-sign CHSL-FM is an adult contemporary music station launched on November 1, 1985 in Slave Lake, Alberta after an approval granted by Canadian Radio – Television and Telecommunications Commission. Over the time, the ownership of the CHSL has been changed a number of times before finally coming to Newcap Broadcasting. Prior to Newcap OK Radio Group, OSG and Nornet, Telemedia had the channel in their respective terms.  In 90s the station got the name of Cat Country 1210 and was ridiculed for low budgets, production costs, weak programs and disappointing signal quality. Cat Country was closed in September 2006 by NewCap and rebranded the channel as 92.7 FM The Fox. The new call letters: CHSL were assigned standing for Classic Hits of Slave Lake.  After the decentralization of Fox from Edmonton, once again 92.7 Lake FM signified the end of Fox on May 17, 2010. Slave Lake wildfire proved a total destruction of the offices and studio site on May 15, 2011. The audiences of the Lake enjoy the up-tempo and consistent rhythms with its audiences ranging from 25 to 39 with an even focus between the two genders.