Els 40 Principals or simply Els 40 (in Spanish Los 40 Principales or the los 40) launched in 1996 by PRISA Radio is a network of radio stations created in Spain, also present in Andorra and Latin America and owned by the group PRISA. 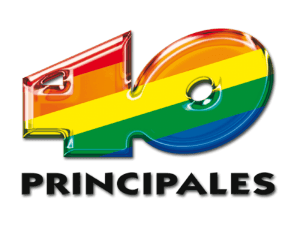 The flagship program of the chain is known as Morning Show ¡Anda Ya! directed and presented in recent years by Frank Balanco. Principales is characterized by the list of popular music throughout Spain, updated and reviewed weekly. The Del 40 al 1 with Tony Aguilar is played on every Sunday morning. A weekly show for all Catalonia and Andorra called 40 POP specializes in Catalan pop scene. You can use Facebook, Twitter, Google+, Pinterest and REBLOG to connect with the Principales. The facebook likes as mentioned by the official los40.com are 1,372,402 while twitter and Google+ followers more than 1200883 and 813707 respectively. Listen to the best non-stop music 24×7 and know about the latest releases, concerts and all that you are looking for. Visitors can also know about you favorite artists and Pop/rock stars through the regularly posted content on the webpages . You can also find los on youtube. Principales can be have on ivoox, Tunein, Surfmusic, many other platforms and of course on our station. Here is the official website: los40.com