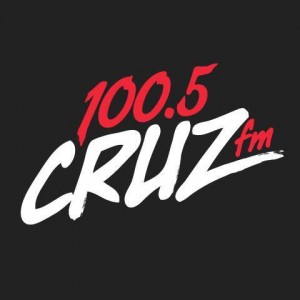 100.5 Cruz FM is a Classic Hits radio owned by Harvard Broadcasting. Newcap was primarily the owner of Cruz which launched the channel on June 16, 2006 after the approval made by CRTC in November 2006; 100.5 K-Rock was the initial branding while CHFT-FM was the call-sign. Fort McMurray’s Greatest Hit is the slogan of the station. The channel aka CHFT-FM in December 2009 applied for an increment in the wattage to increase its ERP from 25,000 watts to 50,000 watts after the application got processed by CRTC in June 2010.  On November 7, 2013 Canadian Radio-television and Telecommunications Commission would gave clearance of the trade of CHFT and the new owner was Harvard Broadcasting Inc.  The channel was renamed as 100.5 Cruz FM on December 26, 2013. Audiences can also have the channel online with stuff such as News, Playlists, connect with Community Cruz, Contests (One Lucky Mother, Under the Big Top, Fresh Brew Your Crew, What’s the Bleepin’ Lyric) and much more. You can follow the Cruz on Facebook, Twitter and Instagram. Here is the website: CHFT 100.5 FM